Strong foundations are the pillars that make a building strong. However, laying a foundation requires careful planning and experience. The foundation will hold the structure and prevent it from mold, natural disasters, and weather elements.

Here is an overview of the two most widely used building foundations: pier & beam and concrete slab. The information will provide readers a clear overview of which foundation to use for the construction of their building. 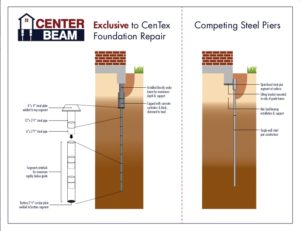 The Pier & Beam foundation is widely used in homes built before 1970. The most visible sign of the foundation is a crawl space under the house. This crawl space is usually 18 inches and contains the plumbing system and electric wires.

Over the years, the support system has proved very reliable for homes across the United States. Despite its popularity in hilly and uneven areas, the foundation requires regular inspection to keep it stable.The construction involves sinking wooden piers into the ground until it hits a solid rock. To make the support stronger, concrete is added to the base of each pier. This prevents the pier from moving. After the concrete dries, construction workers place a beam on the pier and extend it to the joints that form the base of the building. Once every beam is placed in its appropriate location, the floor is rested on the newly erected foundation.

After the 60s, advances in technology gave way to concrete slabs. The ease of construction and low cost make it a viable choice for most buildings. It is also visually appealing because homeowners get satisfaction from seeing the house standing on firm ground.

Depending on the construction, the contractor may use different methods to build the concrete base. Monolithic slab foundation and stem wall foundation are some of the most popular methods. Irrespective of the technique used, here is a simple explanation of how it is built. Using special concrete pouring techniques, a large quantity of concrete is poured on the designated area selected as the building base. The concrete is thick in the center of the area and decreases in quantity as it moves towards the edge of the base.

In most cases, the concrete is only four to six-inch thick. Contractors often place sand on the base before pouring the concrete. The sand sucks the moisture in the concrete and lets the water drain.

Advantages of Pier and Beam Over Concrete Slab Foundation Base

The salient feature of a Pier and Beam system is the ease of access to the foundation and the convenience to repair any faults in the electric and plumbing system. Here is a brief overview of these benefits:

The crawl space underneath a home offers easy access to utilities. If there is a problem with plumbing, an electric panel, or a duct, maintenance workers can easily access the space to fix the issue. Without a crawl space, it is often difficult and more expensive to fix such problems. For instance, newer homes built on concrete slabs have no space to place electric wires; therefore, electrical wires run through the walls of these homes.

The modular design of the Pier & Beam foundation allows for easy repairs. The problem is mainly concentrated around a single pier or a beam, which can be fixed quickly. Compare this to slab foundation where the maintenance crew needs to break the concrete to access electric wires and plumbing pipes. A solid layer of concrete covers plumbing pipes.
Similarly, the solid structure of the concrete base hides any fault or a leak in the underground pipes. The leak only becomes visible due to the moisture on the floor or a sudden increase in the water bill. While new homes built on a concrete base do not require such repairs, the concrete foundation can cause problems as the house gets old.

The crawl space under a pier & beam foundation helps control the temperature inside a home. In warm climates, the air ventilates around the crawl space keeping the house cool in hot conditions. If the house is located in a cold climate, homeowners can efficiently insulate the crawl space to keep their homes warm. 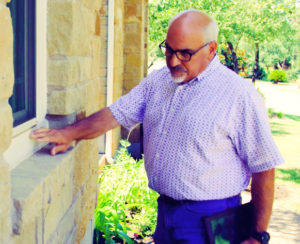 Advantages of Concrete Slab Over Pier and Beam Foundation Structure

Most homeowners seem to prefer concrete slab because it costs less and the entire process takes just a couple of days. Here are the reasons why this type of foundation makes sense:

A concrete slab foundation usually costs much less than a pier & beam foundation. It costs less because there are fewer materials, the process is relatively straightforward, and the number of hours required is limited.

This is not the case for buildings supported by pier and beam structures because the base takes more time, requires a lot of different materials, and is labor-intensive. According to Homeadvisor.com, a monolithic concrete slab structure costs between $4 and $14 per square foot. This translates into an average of $5,200 and $13,000. In comparison, the pier & beam structure is usually priced in the range of $6 and $14 per square foot and costs between $8000 and $15,000.

A concrete slab base is usually ready in a couple of days. The process is not technical, and the weather seldom interferes. Speed is an issue when it comes to erecting piers and beams. The entire construction process may take several weeks. In inclement weather, the construction may halt for an extended period.

A concrete slab base acts as a tight seal, which prevents moisture from forming. Since there is no crawl space under the house, it means that homeowners do not need to worry about moisture, mold, and pest infestation. This is not the case with foundations that have a crawl space. The crawl space inside a pier & beam foundation is often susceptible to moisture. In certain weather conditions, moisture can form inside the crawl space and create mold. Since the space under the home is rarely inspected, the moisture goes unnoticed.

In cold climates, the moisture leads to the freezing of pipes. Sometimes, the insulation created to keep the house warm can also become saturated with water. A crawl space is a hiding spot for rodents and bugs. If this happens, these pests can quickly infest your home. They can also damage the underlying electric wires and pipes.

Advantages and Disadvantages of Pier and Beam Foundation

Which Foundation Is a Better Option?

The choice to use a pier & beam or concrete slab mainly depends on the type of land. Pier and beam is a much better option for buildings that are built on a hillside or uneven ground. The foundation provides stability to the building because piers are attached to solid rock. Any lateral movement during an earthquake will not create cracks. Construction companies also use the pier and beam foundation in flood zones. The height of the pier can be increased to prevent floodwaters from damaging the foundation.

In most other cases, it may be better to use a slab concrete base. It is a logical choice because concrete foundations are relatively cheap and take much less time. Therefore, more than half of the buildings use a simple concrete slab base to build a foundation. This is an excellent option for flat land, and it is ideally suited to moderate climates in large cities. In mild temperatures, the tight seal around the base will likely help save utility bills. Due to the variety of concrete foundations, builders can also offer customized solutions and solve almost any kind of structural issue.

What We Believe
Leadership
On the Radio
Locations
Careers